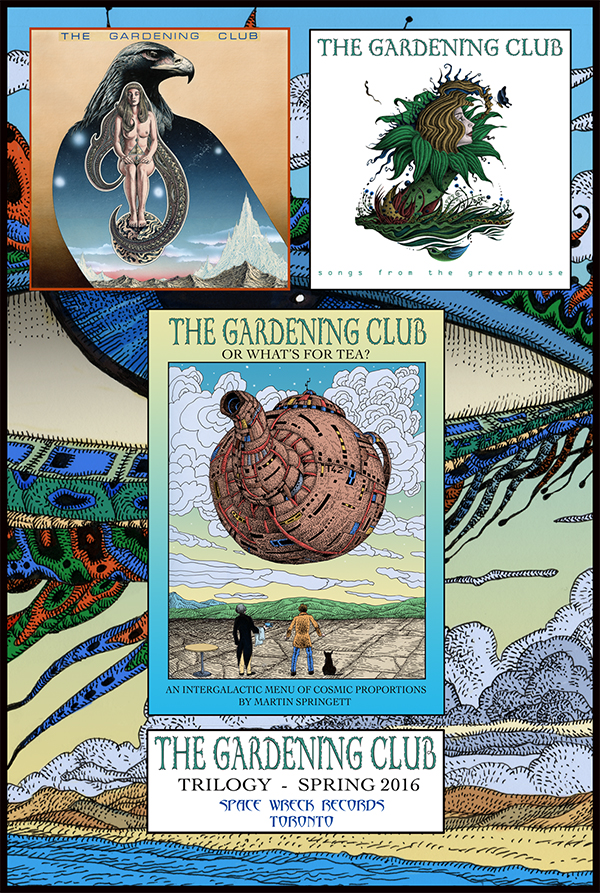 Something is stirring in the garden, ready to be reborn.

In 1984, UK-born Martin Springett—an accomplished musician and illustrator who had produced comics for the legendary Heavy Metal magazine and designed and illustrated record covers for Columbia—was commissioned to illustrate the cover of The Summer Tree by Guy Gavriel Kay, the first novel of the acclaimed Fionavar Tapestry Trilogy. A classic of fantasy literature, the trilogy is beloved worldwide, and it launched Springett to international fantasy illustration fame.

In 1983, Springett is living in Toronto and releases his own album: The Gardening Club. A musically rich and diverse album, The Gardening Club combined King Crimson-like complexity, Canterbury scene-infused whimsy, and a strong pop sensibility, but in the shadow of new wave it was the right album, at the wrong time.

In 2016, The Gardening Club will be revitalized with a trilogy of releases: a deluxe repackaged version of the original LP, an EP filled with previously unreleased songs and a brand new companion graphic novel filled with Springett’s signature lush, oneiric imagery, wonderful wordplay and decidedly English brand of the fantastic.